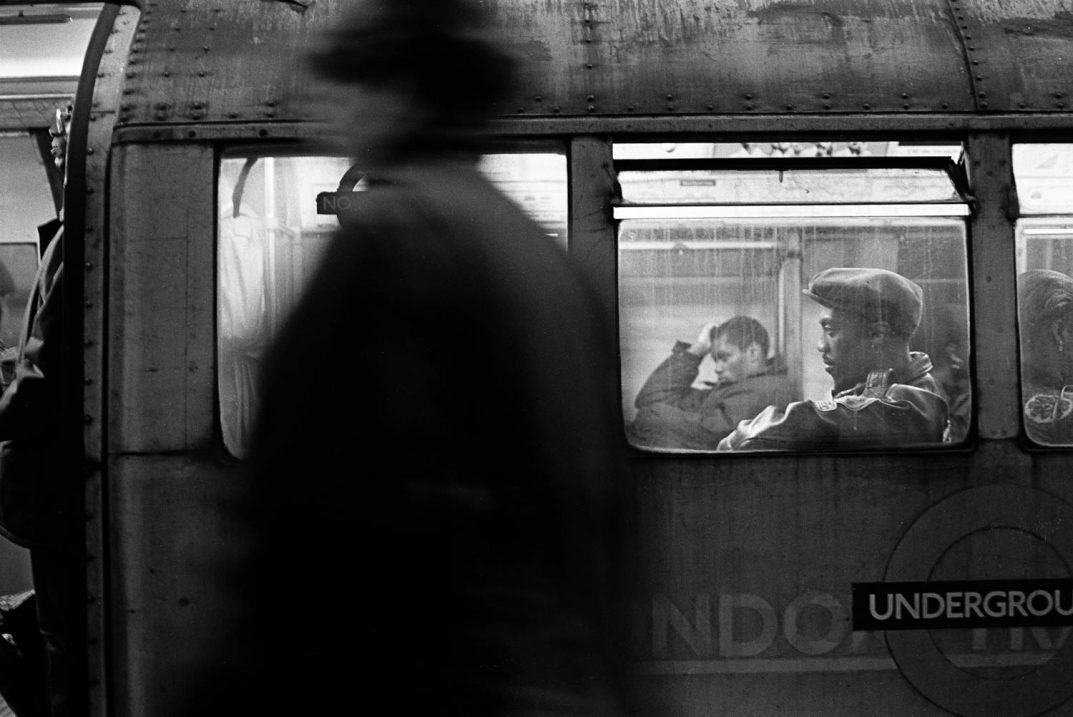 Photography is a journey, every experience brings depth to your work as it evolves and changes. As you try new things you learn from your mistakes as well as success and every now and then you make an image which is like a lightbulb moment. These are your ‘hook’ images because they change the way you think and you hang everything on them as you move forward.

This week in ‘Behind the Lens’ I want to look at a particular hook image I made many years ago on the London Underground.

As a student in Brighton university I had been photographing a lot of landscapes. For me one of the big reasons for this was that I was afraid of photographing people. I have never been an outgoing person and the confrontation I expected by thrusting my camera into a strangers face literally prevented me from even trying.

I knew this was something I needed to confront so I made the decision to do a project photographing people on the London Underground.

Now saying you are going to do it and actually doing it are two completely different things. I actually spent the first day riding round on the train without taking a single picture. Being rather disappointed with myself I decided day two would be different. What the hell, I was just going to do it.

I will never forget the first person I photographed, it was a lady reading a book seated quietly by the door. The train was moving, there was nowhere to run so if she didn’t like it then I had to pacify the situation. I had my speech all ready to go as I raise my Nikkormat to my eye and rattled off a quick nervous couple of frames. The lady looked up but to my surprise just buried her head into her book and tried to pretend that I wasnt there.

This was not quite what I expected but as I photographed more people this became the normal reaction. I even found that I could carry on photographing people and they would just move or turn away when they had had enough.

I had read Susan Sontag ‘On Photography’ and loved the part where she talked about photography being like hunting where nobody actually gets hurt. In my hands the camera really felt like a weapon because it gave me the strength to venture into places and do things I would never normally be able to do and that was intoxicating.

The ‘hook’ image was really a reward from that day. It was my first hunting trophy but more than that it was validation that I had conquered a fear.

I remember taking it at the time. I had sat myself down on a bench around where the doors typically opened hoping to get people as they left the train. Several trains had passed and I already had some pretty good images but nothing great. The compositions were really nice but it needed more.

I think patience is a really important quality for a photographer. If you wait long enough at any one given point on the planet then something amazing will happen. It has to, its just probability. Ok if you’re somewhere remote it might take a very, very long time but in a busy place like the London Underground moments are falling into place all the time.

Sure enough my patience was rewarded, a train pulled in and I framed the two guys gazing into space, deep in their own worlds. I rattled off a few frames and then a guy in an old fashioned hat walked past. Click, I love that sound, somehow it sounds different when you know you have captured something amazing.

The torture of working with film (and the excitement) was waiting to process the images. You just knew you had something but doubt always has a way of playing games. I would always mark that roll or put it in a special place so I could process it first. I actually used to hate that waiting but now with the age if digital I actually find myself missing it.

When I finally processed and printed the images, it changed things for me. Much like when I first fell in love with photography, I had found a connection, I had found a confidence. For me the image became iconic, it gave me a direction, a motivation and a reason to confront my fears. It was a hook image.