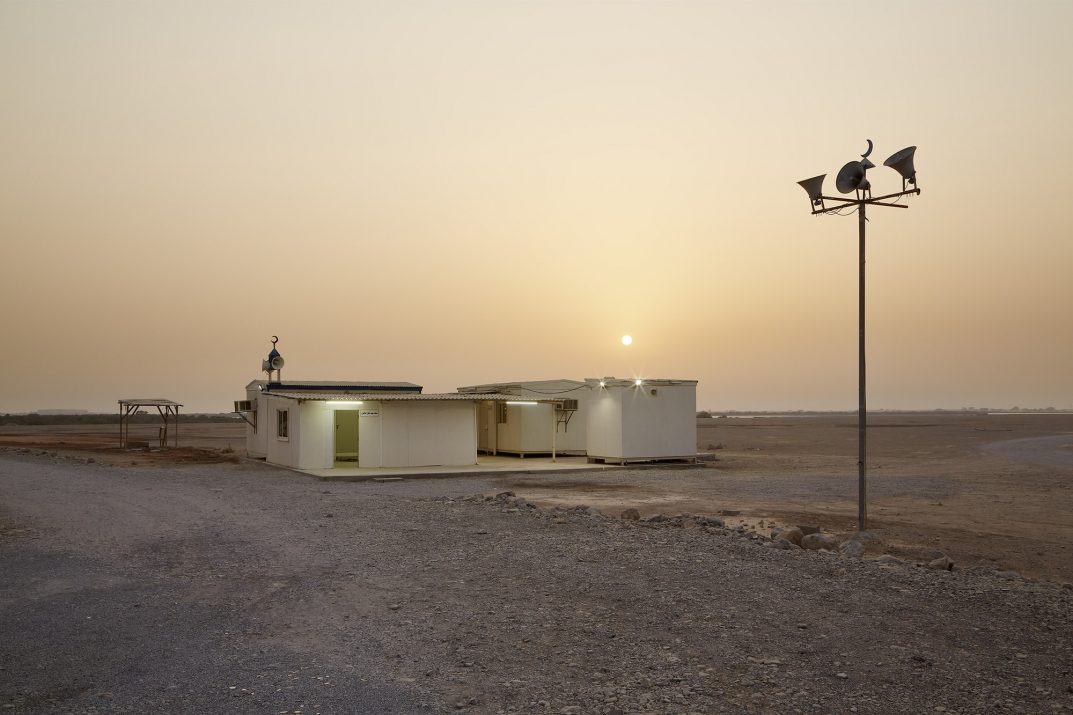 In the UAE the summer is excessively hot and the sky glazes over with a veil of dust and humidity. As photographers we usually avoid landscape or architectural photography at this time as the light is rarely good. This doesn’t mean that there aren’t opportunities to make photographs in the summer.

The photograph above was taken in July and the ability to shoot and image like this directly into the sun with very soft embracing light is an opportunity that often only presents itself in the summer months.

On this day the air was thick and the mountains in Ras Al Khamah were barely visible behind a thick veil of haze. This haze sits as a band close to the horizon and when the sun drops low it creates a wonderfully warm light but it also effectively filters the sun reducing its intensity. The upper atmosphere, still vibrant, lights the shadows giving a very soft and controllable lighting ratio. In the following image taken 20 minutes before the main exposure, the sun sits above the band of haze and produces a very much harsher image with the sun burnt out and the shadows underexposed. 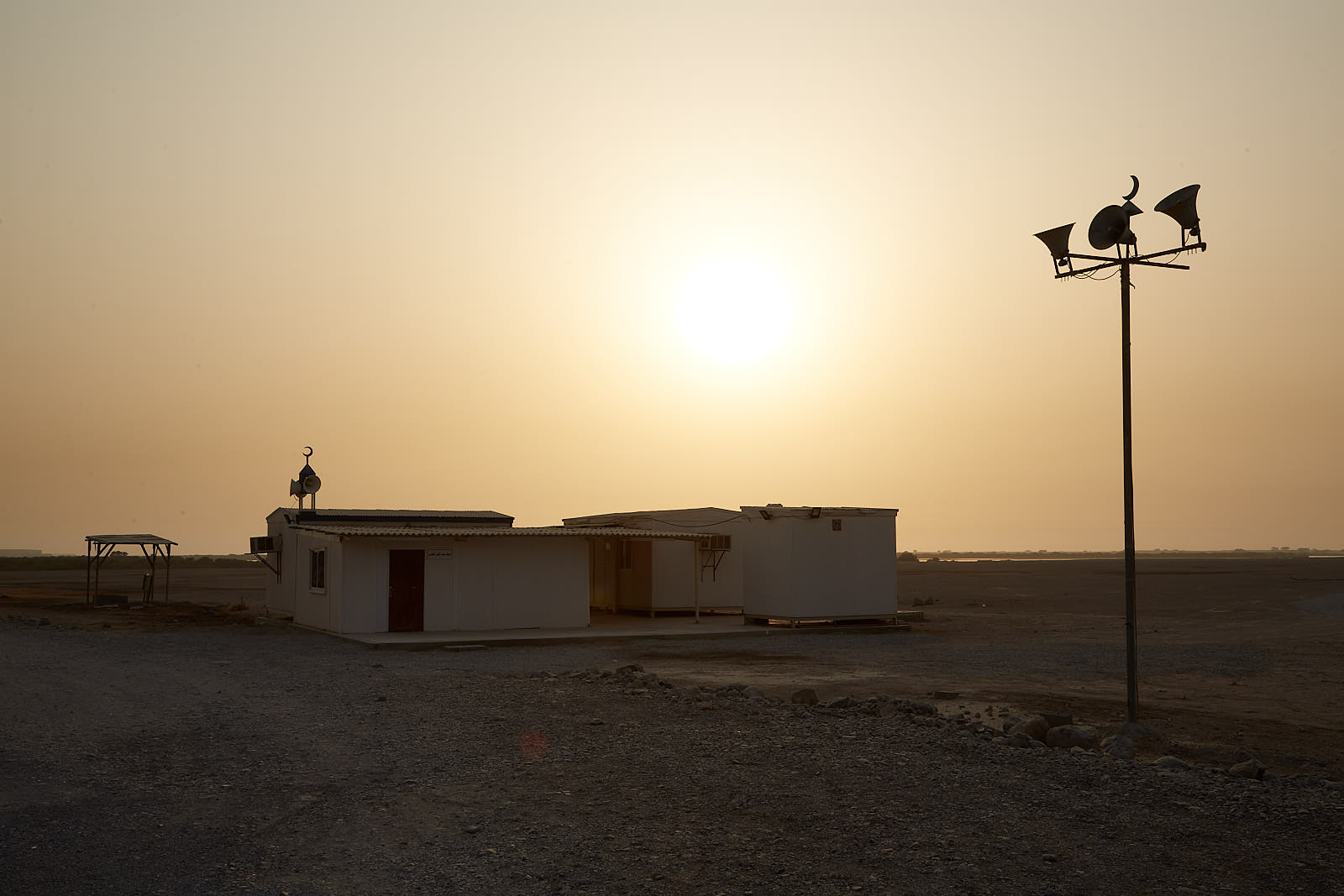 Landscape and architectural photography is very much about patience, waiting for that sweet spot where everything comes together. For me, in this image it was when the ambient light levels fell enough that the electronic lights on the mosque became become more prominent and the shadows full. This meant waiting until the sun was quite low. Literally 30 seconds after my main exposure the sun disappeared completely as it sank into the thick fog of haze and the light became quite flat and uninteresting.

For me as a photographer there really is a great deal of satisfaction when an image comes together in one frame, in camera. The image of the mosque required very little retouching, a little lift in the shadows and playing with the colour and contrast.

For me also, this image illustrates another point, that even on days when you think you will get nothing it’s still worth going out with your camera. I have had loads of trips which were a right off but also days where the world offered up a wonderful moment that felt like a gift for my persistence. Even on the most disappointing trips, I have always found something that I would go back to on another day; it’s just about getting out there and putting the miles in.

(The image is part of a more extensive project titled “The other mosques…”; more images can be viewed here)