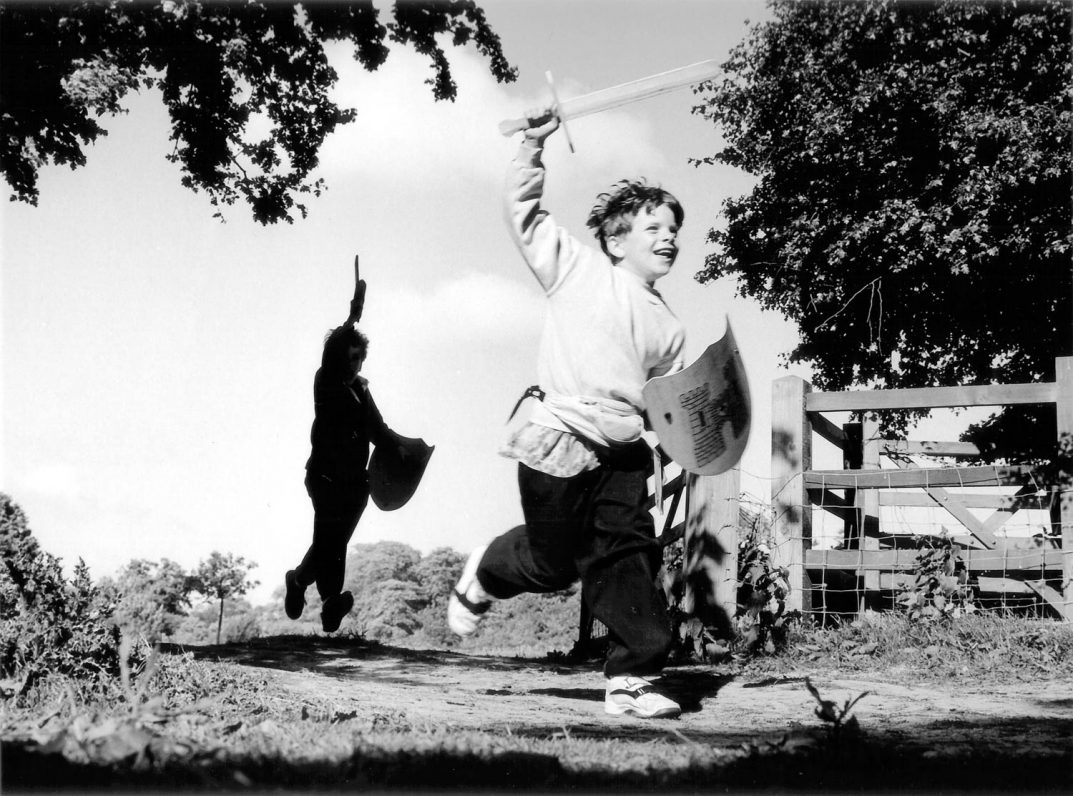 The image was taken when I was a student in Brighton University (not so long ago) but it taught me some important life lessons. For me it’s a ‘hook’ image, a picture that changes everything, an image which literally redirects you in the way you think as a photographer. It also seems an appropriate image to kick off the new blog series, ‘Behind the Lens’.

The picture was taken in Hastings in Sussex, England. I had been working on a project about war reenactments and this particular event was taking place on the battlefield of the famous ‘Battle of Hastings’ where the Norman conquerors famously killed Harold the Saxon king of Anglia.

I had spent the day photographing a showcase of warfare, reenactment groups from periods as far back as the Roman conquest up to Second World War. I was mostly interested in how this affected children watching adults dressing up as soldiers and pretending to disembowel each other. Essentally though it was about kids playing, a chance for me to look at my own childhood.

At the time I was photographing with a 6×4.5 camera which to all the milenials out there is a ‘film camera’. I was on my way back to the car park at the end of the day when I saw two kids chasing each other with swords. I had one frame left on my last roll of film, but what the heck I ran past them to a gate where I knew they would pass through. Set the camera up, pre focused and waited.

When I processed the film the next day I realized that everything has come together, the kids were smiling, one was perfect suspended in the air with his sword brandished perfectly in focus.

Upon presenting the image later that week at the group critique, everybody agreed that it was a cool photograph but some people dismissed it as a ‘lucky’ shot which I have to be honest upset me a bit.

After the presentation one of my tutors, Paul Reas came up to me and said “Duncan, you ran ahead, set the camera up and waited. You waited for this moment and you were ready for it. That’s not luck. You don’t score a goal unless you are on the football field”

I wandered of brain overdrive thinking about what Paul had said. He hadn’t said it to make me feel better, although it certainly did, but rather to point out something really important. Really was there any such thing as luck? Perhaps in life you get a quota of ‘luck’ and you just have to be around to grab it. If that was the case all you have to do is get out there with you camera as much as possible to claim your ‘quota’.